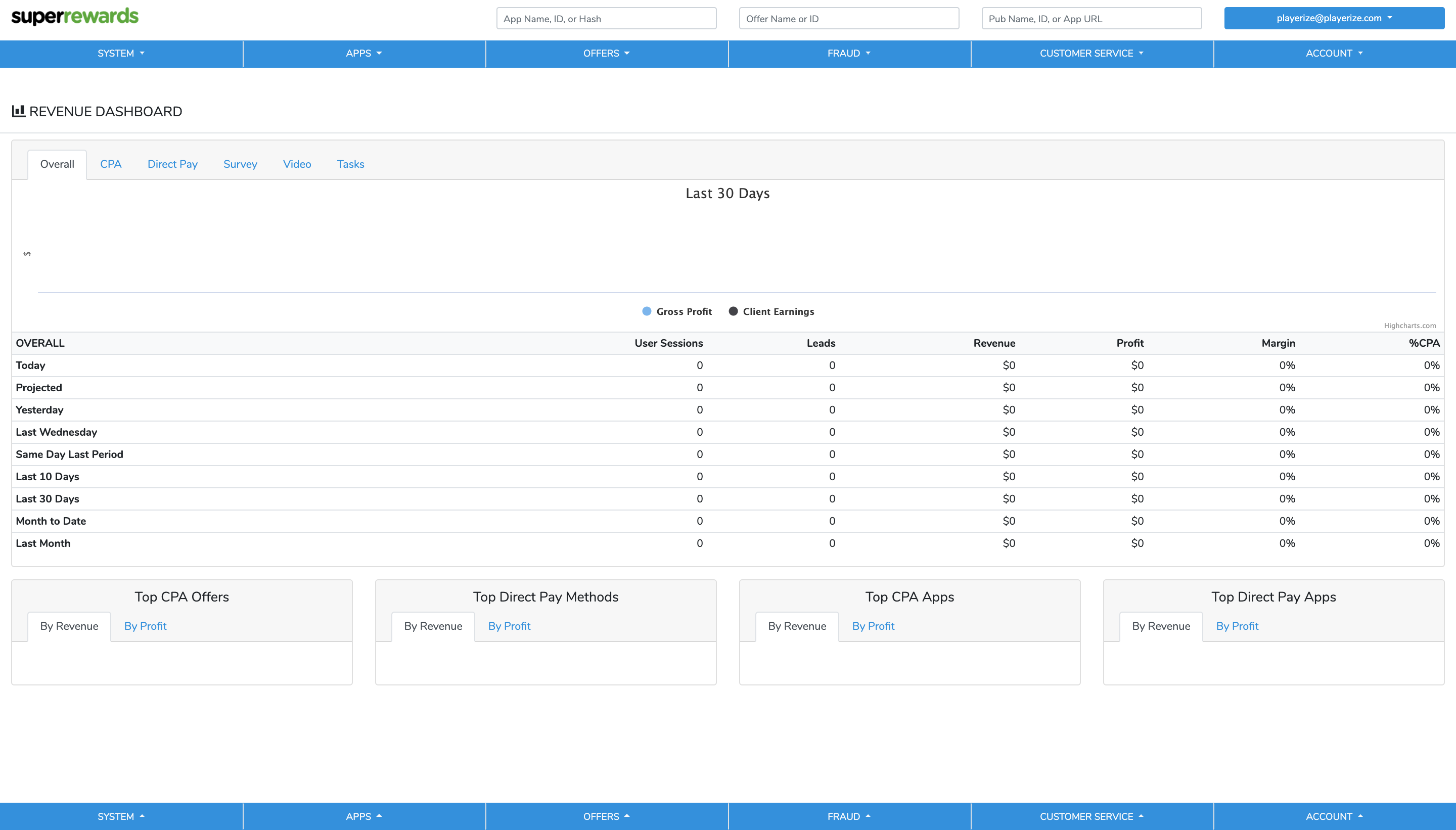 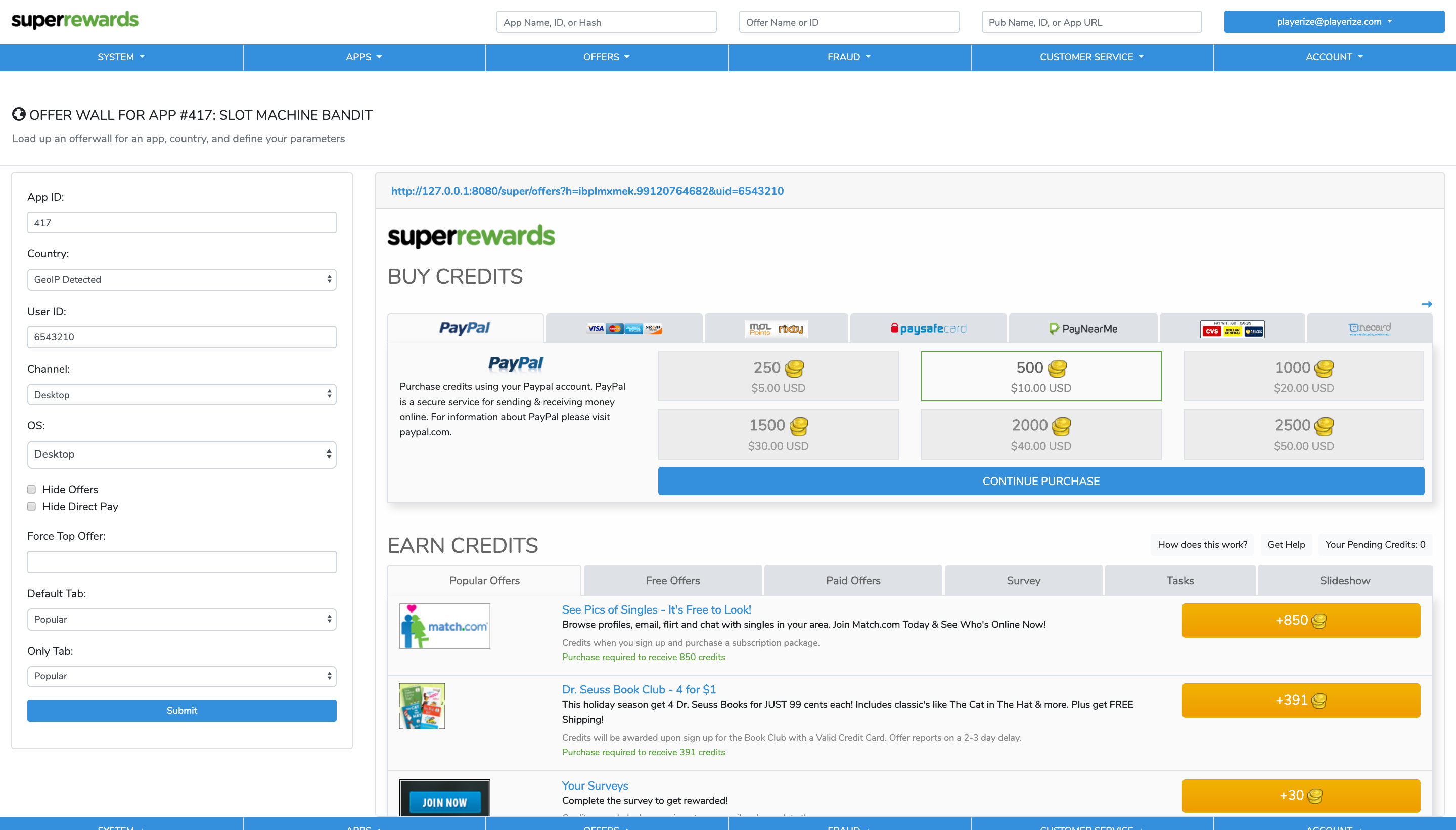 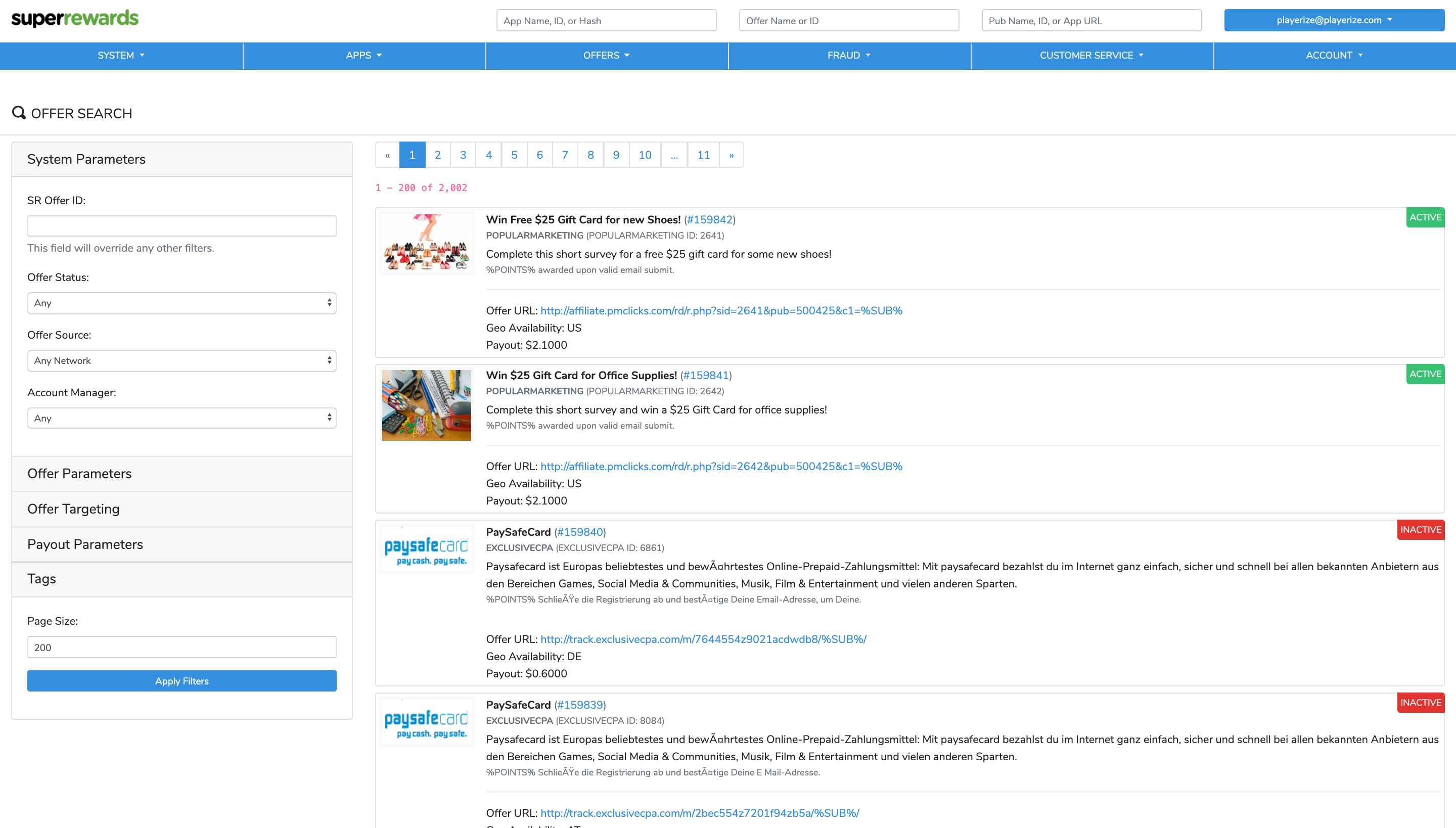 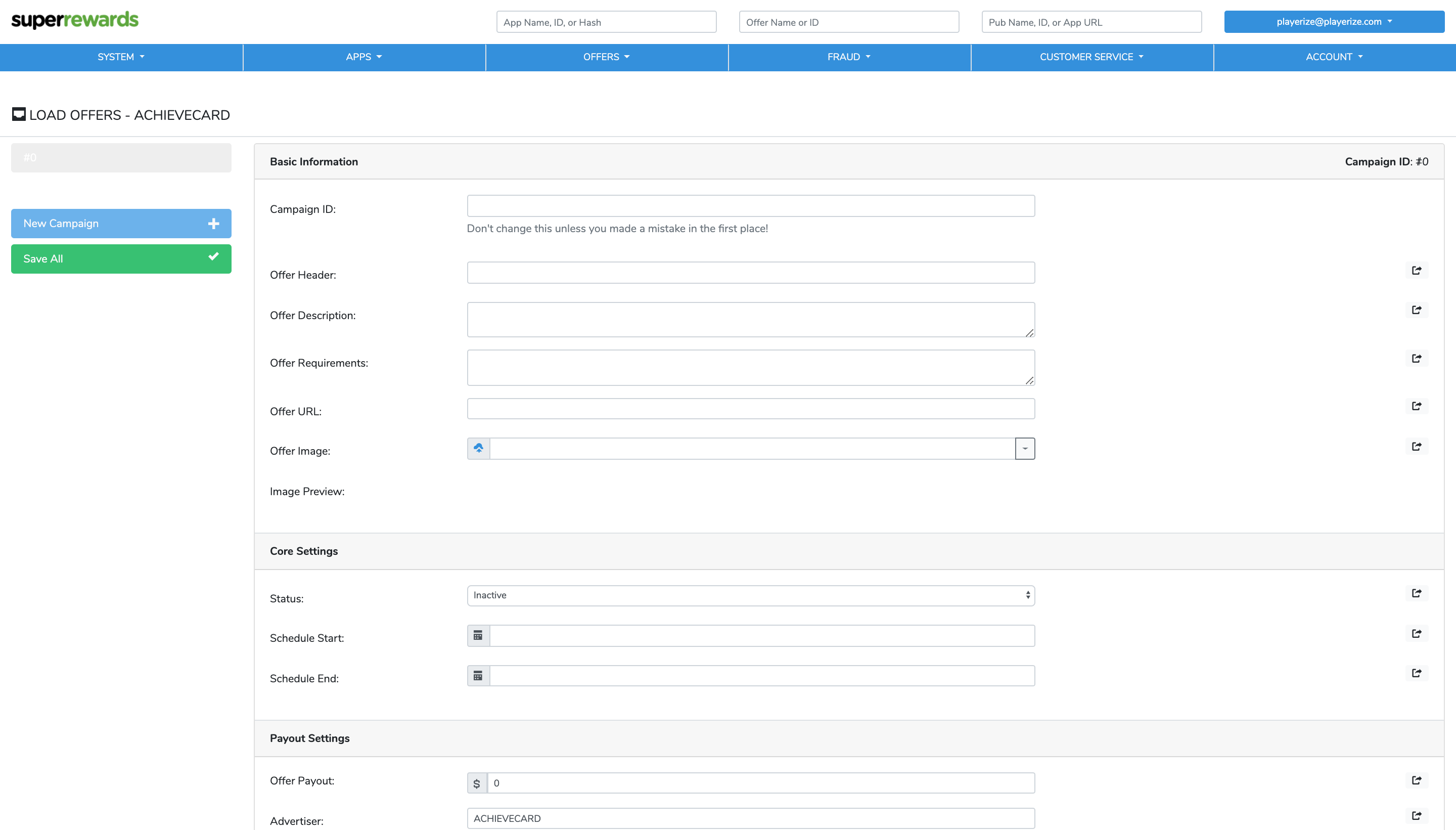 The internal administrative portal was an important tool in the day-to-day operation of the SuperRewards business, from which staff could manage apps, offers, advertiser network integrations, fraud prevention efforts, and reporting. As part of a full refactoring of the codebase from the legacy homegrown MVC architecture to a more modern framework, I rewrote every aspect of the admin portal to use Laravel and Blade templates. This streamlined the operation considerably, allowing me to remove large amounts of unnecessary code. I replaced many of the custom components with standard Laravel components, and greatly improved the speed of the site, while also giving it a visual facelift by implementing Bootstrap 4 to replace the inconsistent and dated custom styling of the site.

Over the years, I built several custom tools for the admin backend, including the Lead Queuing system, Bulk Offer Loader, a tax collection system, and chargeback rates control system.

The Lead Queuing system provided a mechanism for incoming leads to be thoroughly fraud-checked by automated tools, using a series of comprehensive rules to either allow the lead to be processed, or for it to be queued and manually reviewed by the Customer Support team; this system prevented tens of thousands of dollars worth of fraudulent leads following its implementation.

The Bulk Offer Loader aloowed the ad operations team a fast and streamlined way to load multiple offers for a single network. Before this system was created, offers were created one at a time, despite many being nearly identical. The bulk loader allowed the team to quickly import offers from a network, make necessary changes to each via a tabbed interface, and then activate them simultaneously. This system saved countless man-hours by reducing the number of page loads, clicks, and cut and paste operations.

The tax collection system tracked VAT and similar taxes for publishers operating within jurisdictions which require it, and generated reports which could be filtered by app and offer for specific dates.

The chargeback rate control system tracked chargeback rates across apps, offers, advertiser networks and publishers, and allowed account managers and ad operators to withhold an appopriate amount per lead based on historical data.