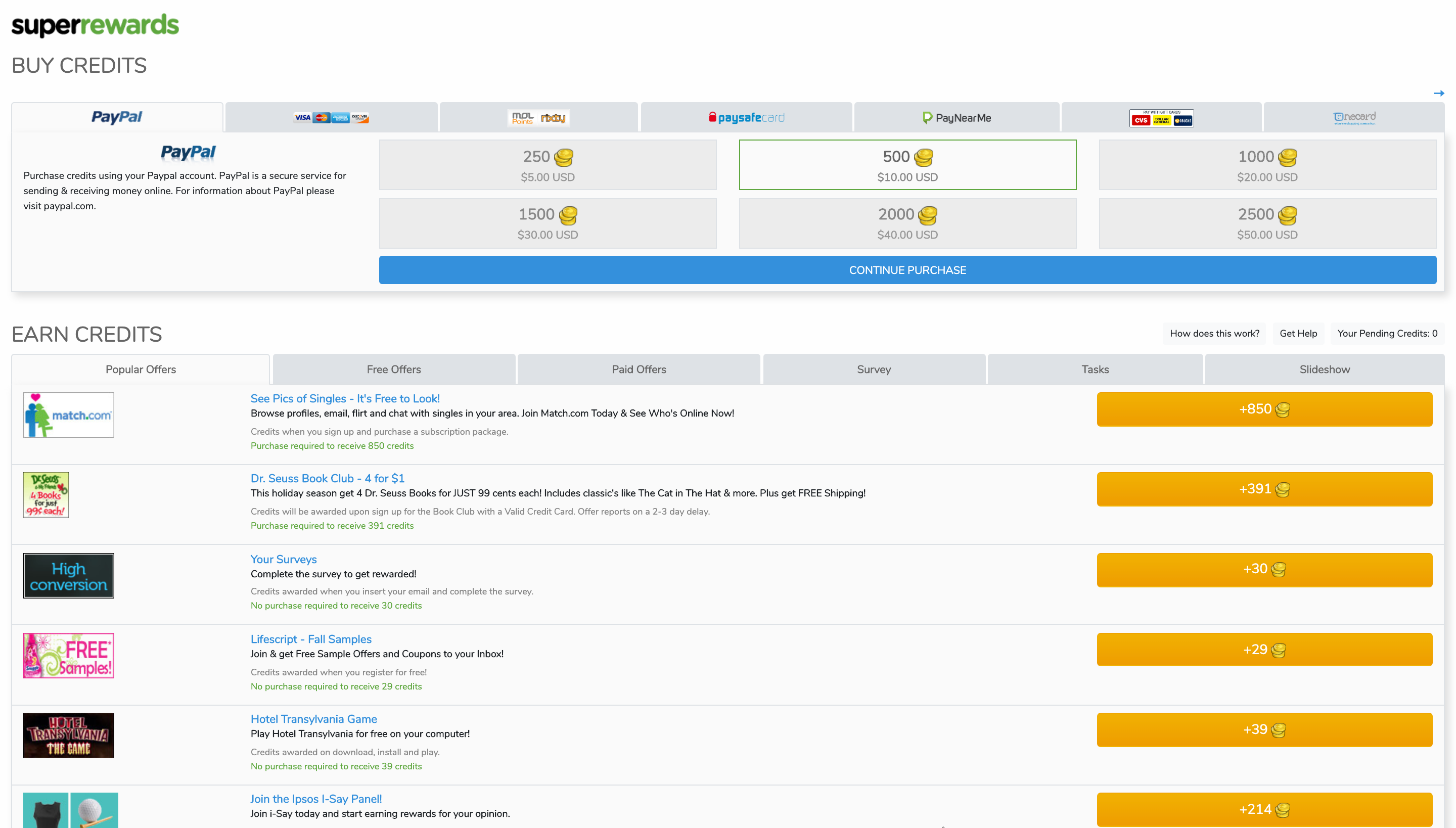 The SuperRewards offer wall was the company’s main product and primary revenue source. Publishers were able to integrate the offer wall into their product to allow their users to buy or earn virtual currency for their specific game or website.

In my time at SuperRewards I worked extensively on the offer wall product, and created a number of new features for it.

The survey profile system allowed a user to enter their demographic information in as much detail as they liked, which allowed the system to present them with surveys specifically targeted for them, and saved that information across sessions.

I created a video-only offer wall, presenting video offers in a much more user-friendly interface, able to pull video offers from multiple sources and display them in-screen rather than push the user out to a separate window. I also created a ‘featured video’ component which would display featured content for eligible users on the main offer wall.

I implemented a ‘tasks’ panel, which interfaces with the Figure Eight crowdsourced micro-tasks platform, opening up a new source of revenue from users who weren’t able to complete other types of offers.

In 2014, we embarked on a project to update the existing offer wall from using static PHP templating to a more modern framework using Backbone.js and Twitter Bootstrap. This required a full rewrite of the front-end code and the creation of a back-end API, and the result was a faster, more maintainable front-end product.

Later, as part of the overall refactoring of the underlying system using Laravel, I rewrote the offer wall and direct pay modules from the ground up using Vue.js to communicate with the back-end API, while giving it a visual facelift by updating the look and feel using Bootstrap 4. This refactoring increased the speed and responsiveness of the site, while simplifying the interface to make it more intuitive for end users.